1925: John F. Hynes and John Finnegan started their business with a $1,069.75 order from The Canton Art Metal Company. They began to offer shipments direct from the steel mill, a practice that led to a long-standing tradition of combining competitive pricing with fast delivery.

1928: Hynes and Finnegan leased their first warehouse in Wickliffe, Ohio.

1958: The company became the exclusive product distributors in its region for the Reynolds Metal Company.

1965: The Hynes Family of Companies was sold to W.W. Bresnahan and J.P. Hyland. The two executives expanded the company's product offerings and launched the Rolled Wire Products Company.

1980s: William J. Bresnahan was appointed company president, and his father, W.W. Bresnahan, assumed the position of chairman of the board.

2000s: Another decade of growth and expansion for Hynes brought two new facilities on line to support the growing roll formed products demand. And while the recession did impact the company, they successfully navigated the storm — reinforcing their reputation as an industry leader. 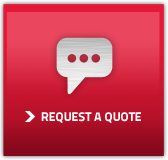 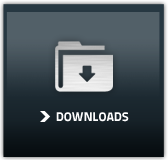